Michelle Clunie is an actress and the longtime friend/ baby-mama of director Bryan Singer.

What are the odds of being accused of child rape and becoming a dad in the same year? that’s what happened to X-Men director Bryan Singer in 2014 when It has been revealed by Radar Online that the director is expecting his first child in 2015. Bryan will welcome his baby through a surrogate who also happens to be a very dear friend of his.

So who would be the woman that gets pregnant, carries the child and has a painful delivery? Who would do that for Bryan? Apparently, his “dear friend” actress Michelle Clunie was up for the good deed! So what will her family say? What about her children? Is she married? 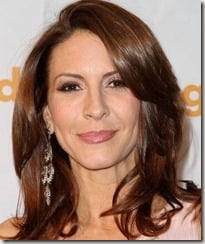 Born on November 7, 1969, in Portland, Oregon, her first passion was dance, she accepted a scholarship to the Academy of Professional Ballet, and performed with the company until her focus turned to acting and she moved to Los Angeles.

Her work paid off as she received the Drama-Logue Award for Best Actress for her work in the original play A Comedy of Eros. 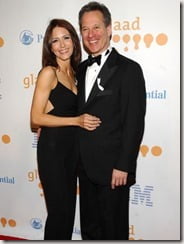 Michelle hasn’t been married, she dated singer a long time ago and remained close friends after their breakup; according to sources close to them, they planned having a baby together for years.

According to IMDb she dated for years co-star Michael B. Silver. She was also known to have been involved with New York State attorney general Eric Schneiderman;  the two had their first date at a Dominican restaurant in Schneiderman’s district, though Clunie campaigned for one of his Democratic opponents. 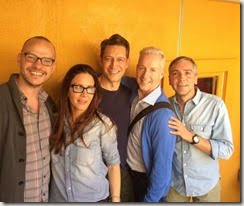 She gave birth to her and Singer’s son Dashiell Julius William Clunie-Singer in January 2015.