Nathan Phillips, a Native American activist made headlines over the weekend after he was involved in a dramatic encounter with a white student.

Phillips joined the Indigenous People’s March wound down, near the Lincoln Memorial. In addition there was also present members of a group known as the Hebrew Israelites preaching at people. Then a group of student showed up sporting ‘Make America Great Again” gear.

At that moment, Phillips has told media he felt the responsibility to put himself between the white teens and the African-Americans –videos and photos have since gone viral labeling the encounter as the latest focus of the nation’s political and racial tensions. Learn more about Phillips below. 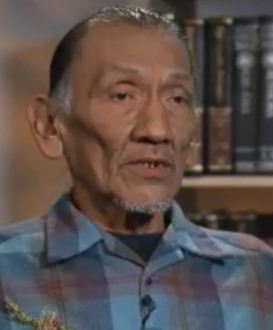 #1 He was in D.C. attending a Native American rally

According to Phillips, he was there to support the cause of Native American People and was seen peacefully drumming and singing.

#2 He stepped in to keep the peace

He said he tried to keep the peace between a group of mostly white students attending a March for Life event and a gathering of about four black members of a religious group known as the Black Hebrew Israelites.

#3 He used to be an alcoholic

According to a 2000 Omaha World-Herald profile, Phillips moved through foster homes in Nebraska and developed an alcohol problem, growing up in an abusive home. According to the same article he’s been sober for decades now.

#4 He is a former Marine

He started working on construction and lumber jobs, and then joined the Marines, serving in the Vietnam War.

#6 He and his wife were dedicated to the cause

He met Shoshana Konstant, a former middle school teacher, in 1990. For several years, the couple bounced around the country agitating on behalf of American Indians being displaced from their homeland.

#7 He lost his wife to cancer

The couple settled in Washington, but moved to Michigan ten years ago after his wife was diagnosed with bone marrow cancer. She was getting treatments at a university and died in 2015. The had two children, Zakiah and Alethea.

#8 He and his family once conducted a vigil

Almost 20-years ago, Nathan Phillips made headlines for conducting a vigil with his family for the entire month of November on the National Mall. At the time, Phillips said he, his wife and their children –planned to spend all of November praying for his fellow American Indians.

#9 He’s been harassed in the past

Phillips, a member of Nebraska’s Omaha Tribe said back in 2015, he was racially harassed by a group of students at Eastern Michigan University. Fox 2 Detroit reported on the incident at the time.

#10 He is the subject of a documentary

In the award-winning 2013 documentary film, Between Earth and Sky –he and his wife Shoshana, travel back to his Omaha reservation.