Paul’s girlfriend and soon-to-be bride is well known as the former star of Nickelodeon’s The Amanda Show and All That. However in recent years, she suffered from mental health issues and drug abuse to the point that her mother was given temporary power over her finances and medical care in 2013.

Born April 3, 1986; the California native began acting professionally at age seven for a television commercial for Buncha Crunch candies.
She later became a regular cast member on the Nickelodeon shows Figure It Out, and later starred in What a Girl Wants and Sydney White. In addition she starred in She’s the Man and Easy A. She also starred in the popular 2007 film Hairspray.

The 33-year-old resurfaced recently on social media announcing her engagement to a mystery man who has now been named as Paul Williams. In another Instagram video she also revealed that she’s been sober for over a years and took the opportunity to apologize to a slew of celebrities she once trolled on Twitter years ago calling them ugly. Bynes said she was the one feeling ugly at the time because she was ‘so drugged out’

You may recall back in 2013, Bynes went on a Twitter rampage, posting a photo of Jay-Z accompanied by the caption “Ugly face,” before going on to label Kid Cudi the same. And, in May, Bynes famously railed into Rihanna. 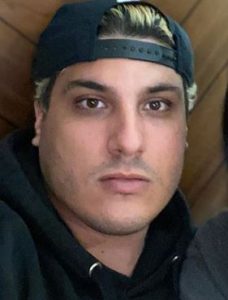 Prior to Paul Williams, she dated Taran Killiam from 2001 to 2002 and Seth MacFarlane briefly in 2008. She was also romantically linked to Doug Reinhardt, Kid Cudi and reports of an alleged relationship to a guy named Matt in 2017, surfaced.

Paul Williams and Bynes met while in rehab and apparently he’s also been sober for over a year. The actress described him as ‘drop-dead gorgeous’ and also called him ‘ the best person on the face of the earth’

Unfortunately not much more is known about Williams who remains a bit of a mystery.