Smriti Saxena is the dead wife of tech executive, Sonam Saxena -best known for being Head of Product for Google Cloud Deployment Manager.

Smriti Saxena vanished in Hawaii and her body was found near a bay in South Kohala. After her disappearance, Sonam Saxena pleaded for his wife’s safe return however, he has now been arrested for suspicion of murder.
5’2″ Smriti Saxena went missing on February 18th, from Waikoloa Beach close to Waikoloa Marriot hotel. The 41-year-old was last seen at Lava Lava Beach Club, Waikoloa. Smriti was wearign at the time a black dress and a black jacket.

Sonam Saxena is accused of second-degree murder after making pleas on social media. He reported her missing on Tuesday evening, and he had issued a public plea for help in finding her. He has been identified by local Hawaii media reports as a project manager for Google. Apparently the couple had a tradition of visiting Hawaii every year in February. Smriti Saxena leaves two children, ages 13 and 8. 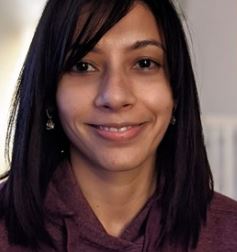 According to her LinkedIn, the spouse and mother, worked at Microsoft as a Business Program Manager.

Smriti Saxena attended Delhi University where she graduated in 1999 with a BSc in Marketing Research and Apparel. In 2001 she graduated with a Master in Marketing from University of Mumbai. She also had a PhD in Marketing from Chatrapati Sahuji Maharaj Kanpur University, Kanpur and an MBA from Seattle University.
Smriti Saxena held different positions while working in her native India, around 2010 however, she is listed as being a Volunteer Research Assistant for the University of Washington. Prior to Microsoft she also worked in the marketing area for other companies including, PACCAR Parts, RGen Solutions and Divensi Inc.
She had two previous stints at Microsoft, first in 2013 as a Project Manager and later in 2015 as a Business Analyst. She had been in her current position since 2018.

She and her husband share a home in Bellevue, WA.