Yarraka Bayles is the proud mom of an Australian boy named Quaden -who made headlines in a heartbreaking bullying video.

Yarraka shared a video oh her nine-year-old son in which he expresses his desire to die following a day of bullying at school. The video has since gone viral, having been seen by over 23 million people.

In the heartwrenching viral video, the Australian boy is seen crying uncontrollably asking his own mother who is filming him, to give him a knife so he can kill himself. Quaden who is seen seated at the back of his mother’s car, tells the camera: “Give me a knife, I want to kill myself.”
At another point he asks someone to kill him. The reason Quaden is sobbing is because he has been bullied at school for his dwarfism. In the footage, Yarraka Bayles can be hard saying ‘this is what bullying does’ and goes onto ask, parents, teachers and educators to teach their children. 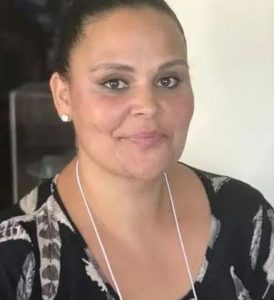 Yarraka Bayles, decided to post the video in order to raise awareness and said her son has attempted suicide before. However, things have turned for the better as Quaden has since received loads of support messages from people around the world and celebs including Actor Hugh Jackman and the National Rugby League’s Indigenous All-Stars team.
What’s even better, comedian Brad Williams set up a Go Fund Me and he’s using the money to send Bayles and his mother to Disneyland in California.

Yarraka Bayles is orginally from the Australian state of Queensland. She is a graduate of Griffith University and of the Australian Institute of Applied Science.
She is also the mother of three other children; Cecileigh, Guyala and Lili. Her son Quaden, was born with a condition called achondroplasia dwarfism and has received multiple operations. In an effort to raise awareness, the Aussie mom has also set up a charity called Stand Tall 4 Dwarfism and has appeared in local media speaking about her son’s condition in the past. She describes herself as an equality advocate.
She is also listed as an ambassador for the Little People of the World Corporation.
According to her social media, Yakarra works at The BlackCard Pty Ltd.