Aimee Oates is the stunning wife of singer, songwriter and record producer, John Oates -whom you probably recognized from the iconic musical duo Hall & Oates.

Aimee’s husband was the mustachioed half of the legendary duo. Daryl Hall served as the leading singer of the duet while Oates was in charge mostly of the electric guitar while also providing backing vocals.
Born John William Oates on April 7, 1948; the New York native met Daryl Hall at Temple University. They signed with Atlantic Records in 1972 and went on to sell more than 80 million albums, not to mention hitting the charts numerous times. They had enormous commercial success, including six number one singles and six platinum albums.
According to NY Mag, the end of the Hall & Oates era came in a hotel bathroom in 1990 in Tokyo, where they had just performed at a Yoko Ono–sponsored concert commemorating the death of John Lennon. There, in a sad, reflective moment, John Oates said good-bye. The duo was inducted into the Rock and Roll Hall of Fame in 2014.
Oates released a solo album in 2002 called Phunk Shui, followed by 1000 Miles of Life in 2008. The duo came together again in 2017, and haven’t stopped since. 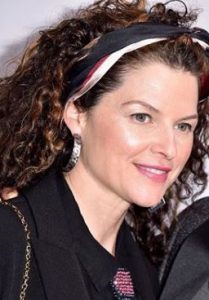 John Oates has been married twice, and has remained married to second wife, Aimee Oates. He first married model, Nancy Hunter but they ended in divorce in 1983. He recently revealed in an interview that he has slept with thousands of women, this during the ’70s and ’80s and before he met wife Aimee.

He and Aimee Oates have been husband and wife for over two decades. They tied the knot on November 24, 1994. Two years later, Aimee gave birth to the couple’s only child, a son whom they named Tanner.

In honor of their 25th wedding anniversary, John and Aimee Oates donated their race car, a 1984 TIGA SC84 Sports 2000, with all proceeds going to The Amelia Island Concours d’Elegance Foundation.
There’s not much info about Aimee Oates who keeps a low profile despite being the wife of a rock star.