Roosmarijn de Kok is a Dutch model who will be making her Victoria Secret runway debut in the upcoming November  Show.

The 22-year-old blonde beauty is certainly one of the hottest models out there. Get ready to see a whole lot more of her in upcoming years.

Find out everything there is to know about her in her top ten-facts below. 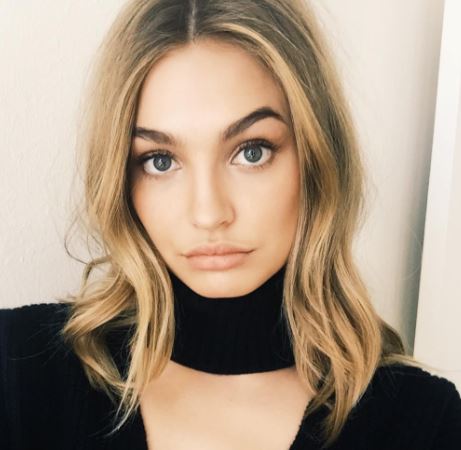 The gorgeous Roosmarijn de Kok is native of a small town in Holland who currently finds herself in the middle of the Big Apple.

The green eyed model who was scouted via Skype, is signed to Storm London and Wilhelmina models.

A few years ago in 2014, Roosmarijn de Kok was accused of shoplifting. At the time, de Kok was caught with three chocolates and a bottle of fish oil that she allegedly hadn’t paid for in her shopping bag.

Her lawyer eventually struck a deal with a Manhattan judge that if de Kok stayed out of trouble for six months and served a day of community service, the charges would be dropped. The deal also stipulated that de Hok would not admit guilt in the incident.

Roosmarijn de Kok celebrated the big news with an Instagram post that she captioned “Forever grateful!!!” The runway show will take place on Nov. 28 in Shanghai.

De Kok appeared on a 2014 Victoria’s Secret Fashion Show TV program leading up to that year’s catwalk show in Manhattan.

Roosmarijn loves to work out, go to the park, read a book and lay low. She also loves cooking and baking.

She has modeled in NYC, Paris, London and Australia. Her biggest clients are Victoria’s Secret, Victoria’s Secret Pink, H&M and Nasty Gal.  She has been published in Vogue Thailand, Grazia Mexico, and L’Official Thailand to name a few.

Roosmarijn who keeps an active social profile, has over 150K followers on Instagram.

The stunning model has a number five tattooed on her ear. It represents the members of her family.