Legendary crooner Paul Anka has sure had an interesting life both on and off the stage. The Canadian singer, actor and songwriter became famous with hits such as “Diana”, “Lonely Boy”, “Put Your Head on My Shoulder.”

Born July 30, 1941, in Ottawa into a tight-knit Canadian family, Paul Anka didn’t waste much time getting his life in music started. He sang in the choir at Church and studied piano. He first gained fame in the late 50’s and since has worked with Tom Jones, Frank Sinatra and Michael Jackson to name a few.

In 2005 he was inducted into Canada’s Walk of Fame.

Paul has been married three times to some beautiful women.

He was first married to Anne de Zogheb, a former fashion model of Lebanese, English, French, Dutch, and Greek descent. 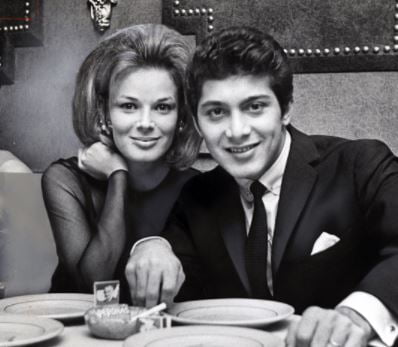 They met in 1962 while in Puerto Rico. At the time Anne worked for Eileen Ford Agency and he was there filming “The Longest Day.”

The two were married in a ceremony at Paris-Orly Airport in 1963. Anne and Paul welcomed five daughters during their marriage, however they divorced in 2000, after 37-years of marriage.

Anne Alison Zogheb was born to a Lebanesse diplomat father, Charles de Zogheb on October 2, 1942 in Alexandria, Egypt. Her mother was English. Her grandfather, who had been educated in France and knighted by the king of Italy, had inherited vast swaths of land in Alexandria, which was where the de Zoghebs were living when revolution wracked Egypt in 1952. The family moved to England, and Anne was placed in a convent school. Following her graduation she moved to Paris to pursue a career in modeling. Within a couple of weeks, Anne had booked the cover of French Elle. She was 17.

Anne’s was one of the most photographed faces of the early ’60s—Richard Avedon, Bert Stern, and Helmut Newton were among the lensmen who captured her—and she supported her family with her earnings. She quit modeling after she gave birth to her second child.

Anne passed away earlier this year, on March 29, 2017 in Hollywood, California. 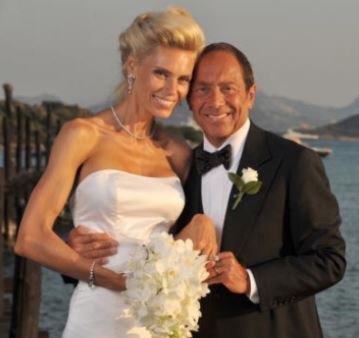 In 2008 in Sardinia, he married second wife, Anna Aberg –a Swedish model and actress 30 years his junior. The two welcomed a son together, however they were separated in 2010, only two years after their marriage.

Anna Aberg was born April 28, 1971 as Danuta Anna Kołodziejska. She is also the mother of a daughter, Ellie Yeager, from a previous relationship with Louis Yeager.

Anna Aberg and Paul met after she worked as his personal trainer. She was featured in the Swedish TV3 show Svenska Hollywoodfruar (Swedish Hollywood wives). 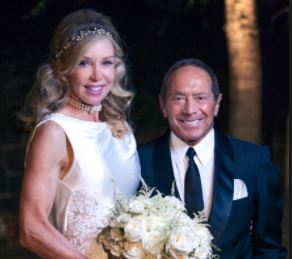 In 2016, Lisa Pemberton became his third and current wife. They dated for about six years before tying the knot. At the time of their wedding Paul Anka was 75 and Lisa 36-years-old. He is his senior by 39-years.

Paul said I Do, for the third time in an intimate ceremony at the Four Seasons in Los Angeles. Lisa Pemberton met Paul at a friend’s wedding, the two began dating around 2010. Lisa has been described as an animal lover, something she and Paul have in common.

Paul Anka is the father of six children. 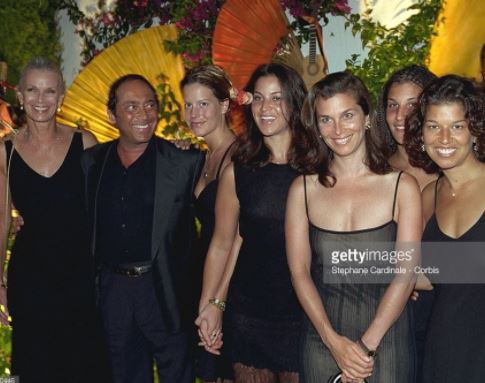 Daughter Amanda Anka became an actress and in 2001 married actor, Jason Bateman. The two have two children together.

Anthea Anka is a screenwriter who has worked in films including, Battlecreek and Alleycats. 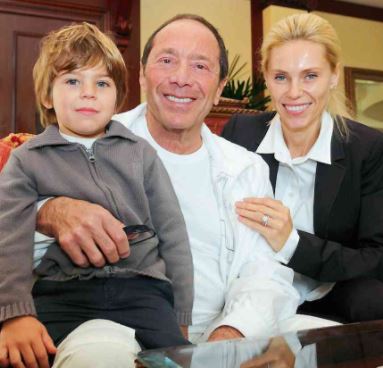 Paul Anka is also the father of one son. Ethan –born in 2005 from his second marriage to Anna Aberg.