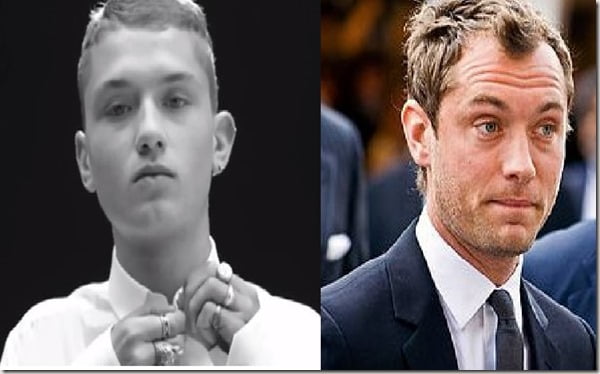 Meet Rafferty Law, the first born of English ladies man actor Jude Law. Rafferty is making headlines but not for who are his parents, this time he is getting the spotlight all on his own. We’ve seen him growing up, pictured next to his father in events; can you believe he is now a handsome 18-year-old and a model! That would make his dad 42!

As they say, time really does fly and the fact is that Jude makes top of our list as one of our favorite actors but might be time to make room for his son and his achievements now.

Rafferty was born in in 1996 his mother is English actress Sadie Frost. His parents met in the set of movie “Shopping” they were married in 1997 and had two other children, Rafferty’s younger sister Iris, born 2000 and younger brother, Rudy, born in 2002.

The 18-year-old has other half siblings on both of his parent’s side. His mom was previously married to Spandau Ballet’s musician Gary Kemp with whom she had one son Finlay, born in 1990.

Rafferty has also one half sister named Sophia on his dad’s side. She was born in 2009 following a brief relationship between Jude Law and American model Samantha Burke. 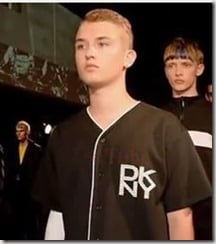 The young model is known as Raffi by friends, last year he was signed up by the tailoring brand Tiger of Sweden to star in a fashion video, he has a striking resemblance to his dashing father, take a look at the video below.

Raffi also appears interested in music, he talks about his band on a recent video for Teen Tattler, saying its integrated by four members and influenced by Liberty and Stone Roses and other Manchester bands. 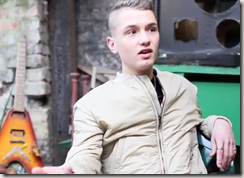 Raffi has been interested in pursuing a career in the showbiz, whether as a model which really suits him or as an actor/singer. He gave us a taste of his skill over the weekend when he debuted on his biggest show so far, the teenager made his catwalk debut at the DKNY’s menswear show in London on Sunday.

According to media outlets he was first signed to a modeling agency back in October, you can check out his model profile here. He is close friends with Cora Corre, granddaughter of Vivienne Westwood, TV presenter Nick Grimshaw and is reportedly taken! He is in a relationship with England rugby legend Lawrence Dallaglio’s 16-year-old daughter Ella.

What do you think of Raffi’s piercing blue eyes and cleft chin? You can find him on Instagram here.