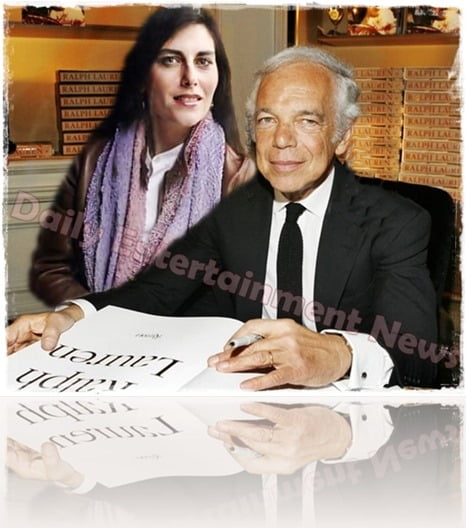 Did you heard what happened to Ralph Lauren’s niece Jenny Lauren? The Dailymail said Jenny was arrested for  being drunk and abusive on a plane in an alleged air rage incident.- 41-year-old Jenny Lauren the jewelry designer of company Jenny Lauren Jewellery sales her items in many stores in the U.S  the prices are between $350 to $5.000. Jenny  is one of the three children Jerry Lauren and his wife had, Jerry Lauren is Ralph Lauren’s older brother, the  first of the three Lifshitz brothers who suggested to change their  last name to Lauren and is Jerry who is today Ralph Lauren’s Executive Vice President of Men’s Creative.

Jenny is the youngest  daughter of the three children Jerry Lauren and his late  wife Susan Lauren had during their 44 years of marriage, Mrs. Lauren passed away  on October 20, 2008. Jenny’s older brothers are Brad who is in the restaurant business and Greg an artist, former actor and founder of a clothing line under his name, sold at Barneys New York and who is married to actress Elizabeth Berkley. Jenny who is a prominent Jewelry designer in New York, began beading since she was a child, she took a break from that to study art, painting it was until 2011 that Jenny Lauren found her crafty hands designing jewelry back again, next thing you know it that a manager in Urban Zen’s boutique in Sag Harbor, N.Y., admired her jewelry and offered her a trunk show and that was it, there was no turning back this time.

Sadly there was no turning back for Jenny Lauren during her Delta Is arrest where she was allegedly a bit tipsy!