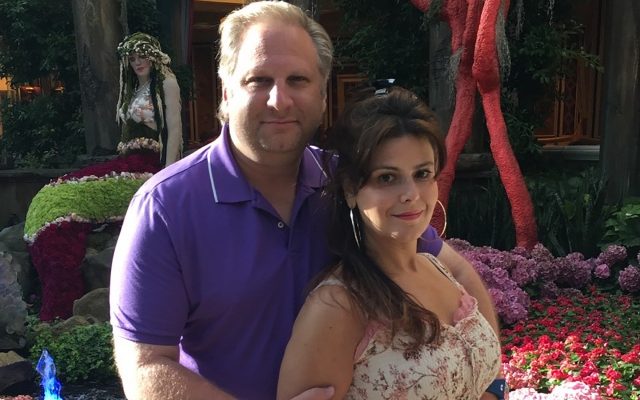 This gal is Susanne Gold-Smith; she is the wife of the heir to the Chipwich Ice cream empire, David Smith. David and Susanne were having problems with their marriage, but they worked on them and have since reconciled; however, the path wasn’t easy, especially for Mrs. Gold-Smith.

According to the New York Post, David Smith hired private investigators from IIG to spy on Susanne for $9 million; for several days nine PI’s followed her everywhere she went, what Mr. Smith didn’t know was that five of them sexually assaulted Suzanne.

This story came a year after Suzanne Gold-Smith accused her husband of forcing her into sleeping with him in order to see her 12-year-old son. She sued him for $25 million.

“On condition that I have sexual relations with him, I do not ever see my son. I beg him, stop the harassment, let me see my son, and he refuses unless I’m back reconciling with him,” Gold said.

“This man is an evil man. He’s tried to destroy me.”

53-year-old Susanne Gold-Smith and her ice cream honcho tied the knot in 2008; they welcomed their son a year earlier.


In 2018, David Smith had sole custody of their son, Suzanne lost custody of the child after he told two psychologists that his mother dragged him by his hair, before being picked up and thrown by Suzanne.

Mr. Smith added that Susanne regular visits to saloons, spin and pilates classes, spas as well as night clubs and bars, made his son feel abandoned and emotionally neglected.