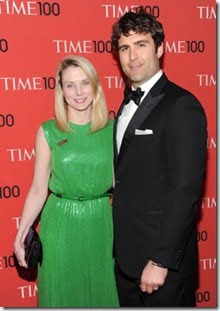 They were named one of Forbes’s  15 most powerful couples in 2012 Zachary Bogue and wife of three years, president and CEO of Yahoo, Marissa Mayer. Zack Bogue married Marissa on December 12, 2009. The couple welcomed their first baby last year.

Bogue is a lawyer by profession, turned business man who invests in big-data start ups and recently launched the investment fund Data Collective and along with wife became one of Silicon Valley’s top techie power pairs. 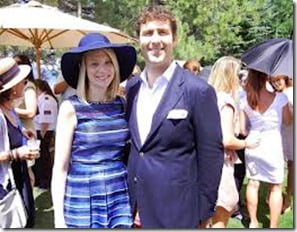 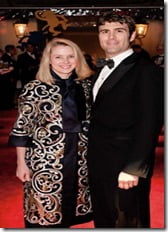 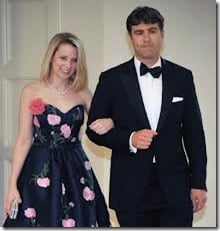 Zachary’s wife announced she was pregnant the same day Yahoo announced she was part of their team! She gave birth to a baby boy on September 30th last year. To suit her new position she asked via social media possible names for her baby and Macallister was eventually chosen.

Born in San Francisco also where he currently lives with his family at the top of the Four Season in a $5 million penthouse; Zack graduated with honors from Harvard University in Environmental Science and earned his JD with honors from Georgetown Law School, where he was executive editor for The Tax Lawyer. He has over a decade of experience in Silicon Valley as an entrepreneur, lawyer, angel investor and advisor for big data start ups. Zack also is a co founder and managing partner of Founders Den, a shared work space for experienced technology entrepreneurs. As an angel investor, he has invested in start ups such as Square and Metamarkets. Previously, Zack cofounded Montara Capital Partners, a real estate private equity fund, he was the managing partner.

We can say this two really compliment each other, both successful in their own areas and both equally have great looks. The were first spotted dating back in 2008 having dinner at restaurants and holding hands, how sweet! Bogue’s net-worth has been reported to be $300 million! His source of wealth comes mostly from his investments and real state.

They are such a dreamy, modern and stylish couple to watch!