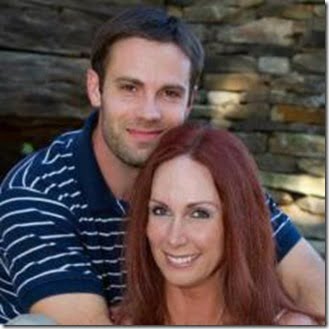 Nathan Richardson, an Army veteran who works at the Red River Army Depot in Texarkana, has not been charged with a crime just yet but is definitely in deep problems with the FBI. Earlier today it was disclosure by authorities that he is the man in custody being questioned about his involvement in the ricin-raced letter sent to president Obama and mayor Bloomberg! Shockingly Richardson came to the FBI attention as a possible suspect because of his better half, actress Shannon Rogers Guess!

Nathan’s wife, Shannon Guess as she is widely known, is being cooperative with investigators since it was precisely her who made the tough decision to call and turn him in! Richardson’s wife made that call after she found a “suspicious substance” in their refrigerator! 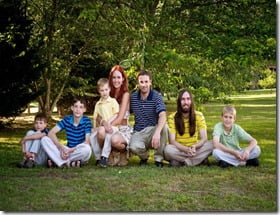 The substance was found at the couple’s home in New Boston, Texas where the couple lives with their five children. The couple hasn’t been married that long, Richardson tied the knot to his model and actress wife red hair Shannon on December 3, 2011 in Jefferson, GA. Guess who is pregnant has five children, all boys: Branden, Allan, Taylor, Ethan, Logan.

Nathan D. Richardson attended James Bowie High School in Simms, TX class of 99′ and graduated in 2001 from HTI obtaining an AS in electronics.

The highly threatening letters were confirmed to have contained the presence of ricin, an oily pinkish-orange substance was found and also according to sources the following grim message:

“You will have to kill me and my family before you get my guns,” “Anyone wants to come to my house will get shot in the face. The right to bear arms is my constitutional, God-given right and I will exercise that right til the day I die. What’s in the letter is nothing compared to what we got planned for you.”

Now, this is still an ongoing investigation so the motives that could have triggered 33 year old Nathan to send such heinous letters are still unknown …and maybe the only person that could have an idea could be “The Walking Dead” actress Shannon.

Things at Shannon Rogers Bell’s home worsen after police began the investigation about her hubby, and discovered that it was her who orchestrated the scheme herself.

The FBI cuffed  Rogers Guess and took her to a federal courthouse in Texarkana, Texas, she was then taken to a local hospital for a medical evaluation,

“She had a really blank look on her face,” said a law-enforcement source.

It wasn’t clear what charges would be filed against her. 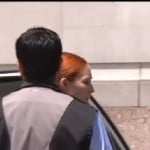 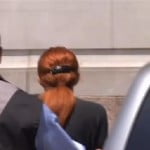 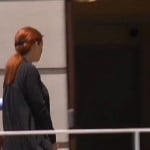