The Whistleblower behind a complaint made about a phone conversation between President Trump and Ukrainian Volodymyr Zelensky has been revealed to be a CIA agent.

Reports say the whistle-blower who revealed that President Trump sought foreign help for his re-election and that the White House sought to cover it up is a C.I.A. officer.
The unidentified CIA agent was allegedly detailed to work at the White House at one point, according to three people familiar with his identity.

The officer who was reportedly working in the White House at one point, has returned to the intelligence agency per the New York Times. The agent’s complaint -which made public Thursday, also alleged that President Trump tried to get Ukraine to launch an investigation into former Vice President Joe Biden. 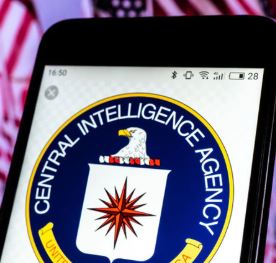 The whistleblower’s identity may never be revealed since his attorney refused The Times’s request to confirm that he worked for the CIA, telling the newspaper that it was dangerous to publicize information about him. In addition, Joseph Maguire told the Times that it would continue to work to protect the whistleblower.
Furthermore, Maguire said during a hearing with congress

“We must protect those who demonstrate the courage to report alleged wrongdoing, whether on the battlefield or in the workplace.”

The report, which the Times says was corroborated by three sources, paints the most detailed portrait of the insider to this point. Per the agent’s complaint it can be said that he is an analyst by training and made clear he was steeped in details of American foreign policy toward Europe. He also demonstrated a deep understanding of Ukrainian politics as well as signs of some knowledge of the law.