Kathy Maguire is the longtime wife of Joseph Maguire, the acting Director of National Intelligence and former Director of the National Counter-terrorism Center.

Kathy’s husband assumed the role of acting Director of National Intelligence last month. He was previously nominated by President Donald Trump and confirmed as the sixth Director of the National Counter-terrorism Center (NCTC) in December 2018.
The 67-year-old faced major controversy in recent days because of his refusal to turn over a whistle blower complaint to congress regarding a conversation between President Trump and Ukraine President Volodymyr Zelensky.

The Brooklyn native was born in 1952 and graduated from Manhattan College with Bachelor of Science degree in 1974. His father retired as a colonel after 30 years of service and both his brothers served in the Navy.
Maguire also began his career in the Navy as a Naval Special Warfare Officer. He served as a Navy SEAL and spent two years commanding SEAL Team TWO from 1992 to 1994. 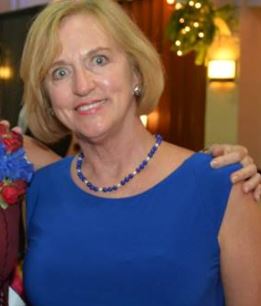 Maguire moved on to become the Flag Lieutenant to Commander Amphibious Forces Seventh Fleet (CTF 76) and served in the Bureau of Navy Personnel as the Naval Special Warfare’s Assignment Officer and Community Manager.
He later was named Commander of the Navy Special Warfare Development and oversaw eight Navy SEAL teams, and three special boat teams and their support units while the United States was engaged in two wars.
After he retired from the Navy in 2010, he served as Vice President at Booz Allen Hamilton and was later hired to become CEO of the Special Operations Warrior Foundation.

Maguire has been married to wife, Kathy for years. Mrs. Maguire keeps a low profile and not many details are known about her. Kathy Maguire is the mother of the couple’s two adult children a son and a daughter. The couple’s daughter Catherine resides in Tampa, FL; while their son, Dan lives in Chicago.