Benjamin Bifalco has been identified as the staffer who until recently worked under Assemblywoman Nicole Malliotakis.

Bifalco who was busted earlier this week is said to be heavily involved in a Mafia scheme to fix a college basketball game. According to reports, Benjamin Bifalco was caught in FBI wiretaps speaking to Colombo family capo Joseph Amato about a plan to “pay thousands of dollars to multiple members” of an unidentified team to lose an NCCA Division 1 basketball game.

According to court papers, Bifalco allegedly encouraged Amato Jr. to bet big but apparently couldn’t pull off the December 2018 scam. As a result, Bifalco was charged with one count of attempted sports bribery. 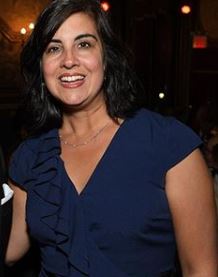 Malliotakis immediately fired the staffer upon learning about his indictment.
Nicole Malliotakis was first elected to the New York State Assembly on November 2, 2010. She currently represents a district spanning the boroughs of Brooklyn and Staten Island. Nicole was re-elected to her third term in November 2014.
She said she hired Bifalco back in September.

25-year-old Benjamin Bifalco is originally from Staten Island, he is a nephew of former US Rep. Vito Fossella, a Staten Island Republican who served more than a decade in Congress.

According to social media, Benjamin Bifalco currently lives in Rochester, New York. He attended both Genesee Community College and Monroe Community College. Another profile says he was a student at Wagner College from 2015 until 2019.
Last September he was hired as a director of community affairs by Nicole Malliotakis. The Assemblywoman said about Benjamin’s criminal activity “I am shocked and saddened by this news. I have zero tolerance for criminal activity.”
Benjamin is among 20 defendants named in a few indictments that allege a vast selection of prison exercise dating to January 2014. The young man is currently awaiting arraignment in Brooklyn federal court.