Michael Scafati is the husband of former child actress turned attorney, Crystal McKellar -who as an actress appeared on TV shows including The Wonder Years.

Michael’s wife who left her acting years behind to become a top attorney is now being accused of trying to undermine billionaire Peter Thiel’s venture fund.
Crystal McKellar was born August 16, 1976; the San Diego, California, native is the younger sister of Danica McKellar, who co-starred on The Wonder Years.
Crystal began taking dance lessons as a toddler and began her caeer doing commercials. She had a few roles in projects such as Fatal Judgement. She played Becky Slater on The Wonder Years.
She later focused on academics attending Yale University and graduating Magna *** Laude from Yale University, Class of ’99. She studied history and took economics classes at Yale. She additionally graduated Harvard Law School *** Laude in June 2003. 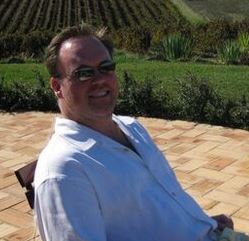 She served as the only general counsel of Mithril — a venture capital firm co-founded by Thiel and Ajay Royan from 2012 until this February. The former child TV star is accused of writing inflammatory, anonymous letters to investors in an attemtp to sow discord between Mithril and its business partners.
Prior to Mithril, Crystal practiced securities and antitrust law at Davis Polk & Wardwell in New York and Morrison & Foerster in California.
According to her Linkedin, she is currently listed as the Founder and Managing Partner at Anathem Ventures.

The lovely blonde is happily married to husband, Michael Scafati. According to his LinkedIn, Michael is the Managing Partner, Chief Investment Officer at Signum Investments, LP.

Scafati studied at John Burroughs School from 1987 until 1990. He then graduated from Georgetown University in 1994 and additionally holds a MBA in financial management from MIT Sloan School of Management.
He began his career as an associate at Goldman, Sachs in the 90’s. Prior to Signum, Michael Scafati was a portfolio manager at Putnam Investments and later an Independent Financial Services Professional at ScafCap.
Mr. Scafati is active on social media and writes on his Twitter bio “SF Writer. Private Investor. SUP Surfer. Avid Golfer. San Francisco Resident. Fellow Traveler.”