Amy Elizabeth Caplan is the lovely wife of attorney turned convicted felon, Gordon Caplan -known for his involvement in the college admissions scandal.

Amy’s husband was until recently a top lawyer who was even named “Dealmaker of the Year” in 2018-however earlier this year his reputation was tarnished after it was revealed he was among many wealthy parents who paid a college admissions consultant to rig his daughter’s ACT score. According to reports, 53-year-old Caplan will serve one month behind bars. Caplan is also facing automatic disbarment in New York. 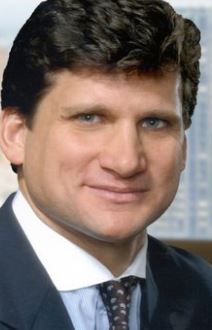 Caplan holds a B.A. from Cornell University. He attended Fordham Law School, graduating with a J.D. in 1991.
Prior to the scandal, Gordon Caplan was the co-chairman at white-shoe firm Willkie, Farr & Gallagher, he was suspended as co-chairman of Willkie Farr in March. The law firm informed that Mr. Caplan was no longer a partner there in light of his decision to plead guilty.

He and wife Amy Elizabeth Caplan are the parents of Rachel Treibick Caplan, the daughter in question. Amy Caplan was not charged in the case.
49-year-old Mrs. Caplan was born Amy Elizabeth Treibick -who comes from a rich family as the daughter of late Richard Treibick -a former cable and telecommunications entrepreneur who died in 2014.
Amy attended the posh Greenwich Academy private school, and her father endowed a chair at UConn and whose Hamptons home sold for $35 million. However, Amy had little involvement in the whole scandal as she expressed she wasnt ok with it.

The Boston office of the FBI obtained wiretaps and recorded both Gordon and Amy speaking with the man who orchestrated the college entrance admission bribe scheme.
The Caplans’ daughter, a talented tennis player, was enrolled in an online high school. The indictment quotes the Caplans at length speaking with the mastermind of the scheme, William “Rick” Singer, about how their money would be spent. If true as described, it’s nauseating.
However, Amy Caplan expressed concern, after mastermind Rick Singer suggested hiring a ringer to take some of her daughter’s online classes, too. Mrs. Caplan expressed reservations in the wiretaps “If the test answers were quietly corrected, the girl would never know, but she would obviously become aware that her parents thought she was “stupid” if she suddenly received better grades in class than she knew she’d earned”