Terry Baxter is the wife of sitcom actress turned adult film actress, Maitland Ward -whom you may remember from Boy Meets World.

Terry’s wife is best known for her role in the 1990s television sitcom, she played Rachel McGuire in the final two seasons of the ABC series. The 42-year-old is now making her debut in the adult film industry.

In a recent interview, Ward said she actually began transitioning to adult entertainment a while ago. She first began doing cosplay, in addition she made appearances at events as an exhibitionist. She is currently signed to adult boutique talent agency Society 15.
Born Ashley Maitland Welkos, on February 3, 1977; Maitland was accepted to NYU and studied Theatre while pursuing roles on the stage. She lived in New York City for two years before relocating back to Los Angeles in the spring of ’09.
The California native began her career as “Jessica Forrester” on The Bold and the Beautiful (1987), where she appeared for three years. From there, she guest-starred on Home Improvement and then landed the role of Rachel McGuire, she played the main character for three years. 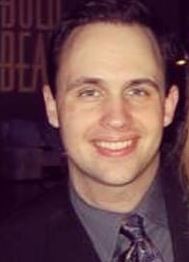 She’s also appeared in a number of films including, Dish Dogs and White Chicks. In the mid 2000’s she landed a number of TV roles, first in the CBS comedy Out of Practice and also on Rules of Engagement.
Maitland who boasts a fantastic shape for 42, goes by Maitland Ward Baxter on social media. The stunning redhead is actually a happily married woman. She and husband Terry have been together for over a decade.
Terry Baxter and Ward tied the knot in 2006.

Terry Baxter was born John Terence Baxter, the son of Marcy Pelz of Simi Valley, Calif., and Jack Baxter of Tampa, Fla., and the stepson of Carlos Pelz. Is not clear how Terry and Ward met since he isn’t in the industry.
The 44-year-old is a real estate agent. He graduated from Wingate University. He worked at the Beverly Hills East office of Coldwell Banker.
Terry keeps a low profile despite having an actress wife. Judging by her social media, the long time marriage does not have any kids.