Christine Branstad is the longtime wife of former governor Terry Branstad –who currently serves as US ambassador to China.

Christine’s husband was confirmed as the new ambassador in May of 2017, after accepting Donald Trump’s nomination. Born Terry Edward Branstad on November 17, 1946; the Iowa native earned a Bachelor of Arts in political science from the University of Iowa in 1969 and a Juris Doctor from Drake University Law School in 1974.

He was elected to the Iowa House in 1972, ’74 and ’76, and elected as Iowa’s lieutenant governor in 1978. He is best known for being Iowa’s longest-serving governor, from 1983 to 1999. Following his four terms as governor, Branstad served as president of Des Moines University (DMU) –for six years.

After retiring from DMU, he returned to politics, holding a second tenure as Iowa governor from 2010 to 2017. In 2015, he became the longest-tenured Governor in American history.

Terry has been happily married to Christine for over four decades. 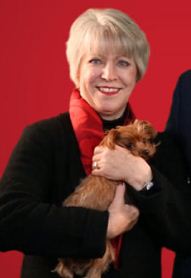 Christine Branstad and Terry became husband and wife in June of 1972. Together they are the parents of three grown children, and also proud grandparents. The couple’s children are sons Eric and Marcus; and daughter, Allison.

Christine Branstad is a well-known figure, serving as the First Lady of Iowa for six nonconsecutive terms during the tenure of her husband –that makes her the longest serving first lady of any U.S. state in the country’s history. The blonde however, generally shuns the spotlight, while doing her own thing.

The mom of three is a former medical assistant turned health activist.

Also an Iowa native, she was born Christine Ann Johnson. She worked for many years as a certified medical assistant –after earning her degree from Des Moines Area Community College. She juggled her work while raising her children and simultaneously serving as first lady.

During her –over two decades –as first lady, she focused on issues including, substance abuse, health and safety, and children’s healthcare.