Julian von Abele is a college student that has gone viral in a flammable video, and not really for what you want people to know you by.

The 21-year-old student –who is white –is said to have harassed a group of black fellow Columbian students while yelling racist rants.

The incident took place when Abele first encounter the group of primarily black Columbia underclassmen outside Butler Library around 4 a.m. Sunday morning, then proceeded to shout something in the lines of “White people are the best thing that happened to the world” and “We built modern civilization,” according to students present at the scene.

Julian von Abele did not stop there but followed the group from outside Butler to JJ’s Place, where he continued to berate them with racist and white supremacist comments. The whole thing was captured on video by other student and has since gone viral. 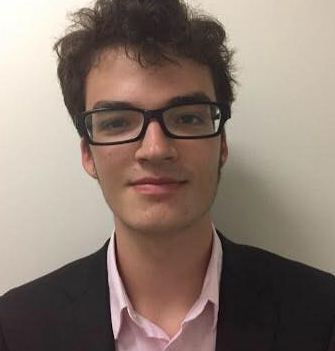 According to Columbia Spectator news; a student who was part of the group harassed by Julia said, “I really hope that Columbia takes further action. They should definitely try to talk to the students that were affected by that and ensure everyone’s okay because that’s really hard to internalize”

The Spectator also said Deans at the university addressed the situation by issuing a statement Sunday and inviting students to publicly discuss the incident on Monday evening.

According to an old Twitter account, von Abele writes on his bio, ‘I’m Julian von Abele, author, physicist, and 2016 Independent candidate for President. In November, vote for a real leader. It’s time to vote Julian.’

The physicist student also has a Facebook profile but doesn’t seem very active either.

An online profile states that Julian studies at the Department of Physics, Columbia University. Julian does research in Mathematical Physics, Quantum Field Theory, Quantum Physics and Theoretical Physics. A few years ago he posted a video on YouTube titled “Generalization of Path Integration to a Complex Time-Slicing Index”