Christine Barr is the wife of William Barr –who could potentially become the next attorney general.

This wouldn’t be her husband’s first stint in the White House. He served as attorney general under the late President George H.W. Bush in the early 1990s. The Republican is currently a lawyer with Kirkland & Ellis in Washington, D.C.

Barr also served as deputy attorney general and assistant attorney general overseeing the Office of Legal Counsel. Prior to joining the Justice Department, Barr worked with the White House Domestic Policy staff for a year under then-President Ronald Reagan.

Barr spent more than 14 years working in senior corporate positions following his career at the Justice Department; he worked with Verizon Communications and GTE Corporation. In addition, he worked for the CIA from 1973 until 1977 as an analyst and assistant legislative counsel, according to his Justice Department profile. 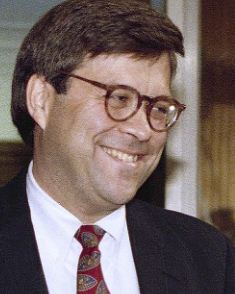 He’s been happily married to wife Christine since 1973.

Not many details have been disclosed about Christine Barr, she is pretty much the unknown wife of William Barr. Not many photos can be found of her, however we do know she last worked as a librarian at Stone Ridge School in

Bethesda, MD. She was previously employed as a reference librarian at the IMF and Georgetown University. Together they are the parents of three delightful daughers, Mary and Patricia and Margaret.