Geraldine Brooks is a novelist and the long-time wife of best-selling author and Pulitzer prize winner, Tony Horwitz -who died of cardiac arrest. He was 60-years-old.

Some of his books include Confederates in the Attic, Blue Latitudes and Baghdad Without a Map. Tony covered wars in the Middle East, Africa, and Europe, mainly for the Wall Street Journal and also wrote for the New Yorker. He was a fellow at the Radcliffe Institute for Advanced Study and president of the Society of American Historians.

He and wife Geraldine Brooks were married for over thirty years prior to his death. In addition to his wife, Tony is survived by two children. 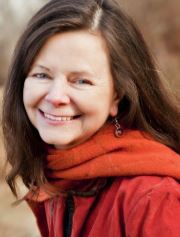 Geraldine Brooks was born September 14, 1955 in Sydney, Australia. She worked as a reporter for The Sydney Morning Herald. After moving to the US, she worked on the Wall Street Journal, covering stories from some of the world’s most troubled areas, including Bosnia, Somalia and the Middle East.

Like her husband, Geraldine who has written a number of novels is also a Pulitzer winner. Back in 2005, she won the Pulitzer Prize for Fiction. Her first novel, Year of Wonders, was set during the English plague year of 1666, and became an international bestseller. Brooks is also a fellow at Harvard University. According to a website, she is the author of three works of non-fiction and five novels.

She met Tony Horwitz while working on the Wall Street Journal. The two were married in 1984. The couple settled in rural Virginia. During their marriage Gerladine and Tony welcomed two sons, 16-year-old Bizuayehu who goes by Bizu and 23-year-old Nathaniel Horwitz.

Bizuayehu was adopted by the couple in 2008 from Ethiopia.