Ashley Groussman is the very lovely wife of actor and comedian, Tom Arnold –she happens to be his fourth and current partner.

Arnold who studied business administration and writing at the University of Iowa –began doing stand-up comedy in his early 20’s. He’s career has had its highs and lows and the same could be said about his personal life after having been married and divorced three times.

Arnold, had turbulent four years of marriage with comedy icon, Roseanna Barr prior to their divorce in 1994. The two met in 1983, and after Arnold got sober, the couple married in 1990. For four rollercoaster ride years of marriage, the couple had explosive blowouts, crude public displays of affection, and strange publicity stunts, which cumulated in a messy widely-publicized divorce. 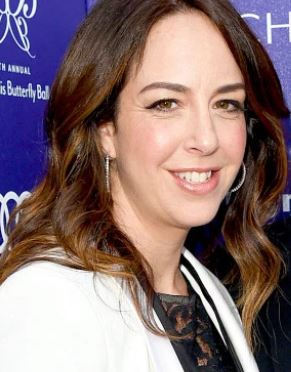 During his marriage to Roseanne, Arnold took over as her manager, as producer of her show Roseanne, and as co-writer for her standup material. In 1995 he married Julie Armstrong, however they divorced in 1999. In 2002, he tied the knot to wife number three, political consultant Shelby Ross; they ended in divorce six years later in 2008.

Home organizer Ashley Groussman became his fourth wife on November 28, 2009. They had become engaged that March. The couple tied the knot in Maui before 75 guests.