Gerard’s son is a student at Marin Country Day School where he’s listed as one of their baseball prospects. The 13-year-old was on reporting duty at the White House for Time for Kids magazine today when he asked addressed Sanders saying

‘At my school, we recently had a lockdown drill. One thing that affects mine and others’ mental health is the worry that we or our friends could get shot at school. Specifically, can you tell me what the administration has done and will do to prevent these senseless tragedies?’

The question made Sanders –who is a mother of three, well up with tears. 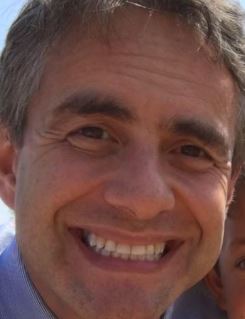 Gerard Choucroun, serves as director at the Northern California Institute for Research and Education’s Veterans Health and Integration Progam. According to his LinkedIn page he is also a director of the Presido Trust, a federal agency that is overseeing a national park and U.S. Army military fort in San Francisco.

In addition to his work with the veterans, Benje’s dad also happens to be an avid singer/songwriter. Last year it was reported that John Mayer was working with Gerard Choucroun’s veteran’s charity. 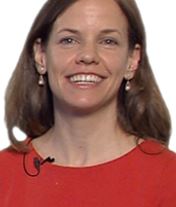 Gerard Choucroun & Carolyn Calfee live with their son in Corte Madera, just north of San Francisco. Since Benje’s appearance at the White House briefing, he’s been certainly lauded for his braveness in asking such a relevant and serious question.

Think their son has a future in journalism?