Jason Jones is an actor and the husband of actress/comedian, Samantha Bee –currently a late-night host for TBS’ Full Frontal with Samantha Bee.

Jason’s wife came to prominence following 12-years of working as a correspondent on The Daily Show with Jon Stewart –where she became the longest-serving regular correspondent. Born in Toronto, Canada on October 25, 1969; she became a US citizen in 2014. She and longtime husband Jason Jones have been married since 2001 after meeting in the late 90’s. 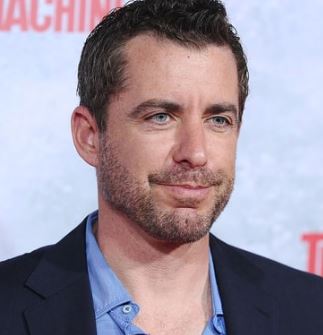 Jason Jones currently stars on season three of TBS’ ‘The Detour.’ Born in Hamilton, Canada on June 3, 1973; he was also a correspondent on The Daily Show with Jon Stewart for a decade. According to Golfdigest, he did the audition and thought he wouldn’t get it because his wife had been working there for over a year and they would be concern about office politics.

He became a known figure within the show for pieces including Denmark cartoons, Carl Monday, and Laguna Beach. His work on the real values of Wasilla, Alaska is still one of the most famous pieces on the website.

He left The Daily Show in 2015 to work on The Detour –a show he create with his wife. The Canadian-born comedian had his first comedic acting role in 1998 on the series, SketchCom. He earned a Canadian Comedy Award nomination in 2005 for his original film Ham & Cheese (2004).

Other work includes small roles on ***** as Folk, How I Met Your Mother, Law & Order. He and his wife also starred on the film Cooper’s Camera.

Jones’ wife is currently under fire after making incendiary comments about Ivanka Trump. Though she issues a statement through TBS apologizing many are calling for her show to be cancelled.