Tina Torabi is a woman living in Flushing, Queens who is being questioned by police for the death of her twin daughter and her son’s injuries.

Tina’s one-year-old baby girl was found dead while her twin brother Keon, is in critical condition after he was found with ‘severe body trauma’. The siblings were found inside their Queens home Wednesday night, according to police.

30-year-old Tina Torabi was held by police while her children were taken to the hospital. The girl, identified as Elaina Torabi, was taken to Flushing Hospital Medical Center, where she was pronounced dead. The boy was taken to Cohen Children’s Medical Center in New Hyde Park and was in critical condition. The boy is said to have sustained horrific injuries including broken ribs, a broken or fractured hip, lacerated liver and severe swelling to his abdomen as well as lacerations all over his little body.

Tina is also the mother of three older girls –ages 2, 4 and 5 –who were also inside the house but were not injured. Police arrived at the home to find the tragic discovery after Tina herself called 911. The young mother of five is currently in custody. 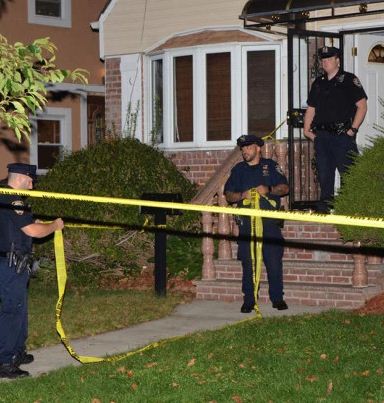 According to the NY Daily News, Tina Torabi offered no explanation for the two battered babies. She was allegedly questioned by police for hours.

According to relatives of Tina Torabi, her baby daddy does not live with her but was a frequent presence in the house.

A neighbor of Torabi spoke to media on her behalf describing the mother as an “absolutely a beautiful person who adored her children.” She also added the children were always “well kept, nicely dressed and well taken care of.”

Charges against her have not yet been filed, pending the results of the ongoing investigation.