Andy Phillips is the supportive husband of Senator, Elaine Phillips –who represents the 7th Senate District in Nassau County.

Andy’s wife previously served as Mayor of the Village of Flower Hill. She was elected in 2016 and also serves as Chair of the Senate Banks Committee, as well as the Ethics Committee.

Elaine graduated with a Bachelor’s degree and an MBA in Finance from Penn State University. After college she had a successful career in finance, she worked for over 20 years in the financial services sector as a financial analyst for Met Life and JP Morgan Securities and later as a Vice President in Institutional Sales at Goldman Sachs.

Since being elected she has championed lower taxes and voted to reject billions of dollars in tax increases. Throughout her career, Elaine has received the support of husband, Andy.

Elaine and Andy Phillips, are parents of three daughters, Kate, Hannah and Sarah.

Andy is often pictured next to his wife at events and during her campaign he was also around. After she was elected she thanked her family saying, “There are so many people to thank, starting with my husband, Andy, and my three beautiful daughters, who were beside me every step of this journey”

Andy Phillips attended West Islip Senior High School and received both a B.S. and an M.B.A. from Cornell University. 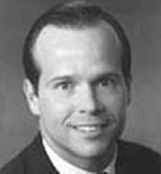 Like his wife, Andy also worked in finance; he worked for five years as an Investment Manager at MetLife. He then moved on to BlackRock –a global investment management firm headquartered in New York City; where he worked for 23-years and was named Managing Director.

According to his LinkedIn, he is currently the Chairman of Investment at Episcopal Diocese of Long Island. He is also a Member of the Executive Committee at The Tewaaraton Foundation and President of the Cornell Lacrosse Association.

Andy Phillips and his family reside in the Village of Flower Hill.