Marilyn King is the proud wife of politician and businessman Steve King –who has represented Iowa since 2003.

Marilyn’s husband recently said he has a better understanding of what Christ went through due to the ostracism House colleagues gave him for defending white supremacy.

The congressman has a history of using racist and denigrating rhetoric about minority groups and immigrants, but earlier this year comments he made to the New York Times got him rebuked.

The Iowa native born Steven Arnold King on May 28, 1949; attended Northwest Missouri State University. He left University to start King Construction in 1975. He then served in the Iowa State Senate for six years and in 2002 was elected to congress.

He’s been married to Marilyn King for decades. She is certainly his most loyal supporter. 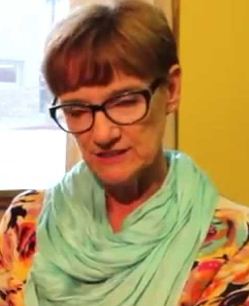 Marilyn King was born Marilyn Kelly, she met her future husband while attending Denison Community High School. They began dating in Steve’s senior year; Marilyn was in her junior year at the time. Five years after Steve’s high school graduation, he and Marilyn were married on June 17, 1972.

Mrs. King is a former school teacher. She started off teaching preschool at a Lutheran Church in Kiron, as well as at a preschool at a Methodist Church in Odebolt. Marilyn King later earned a degree from Buena Vista University. After graduation she began her career teaching elementary school.

As an interesting fact, Marilyn is a gun collector just like her husband. She is more likely to want a new gun than a new bag.

Marilyn King and her husband raised three grown sons David, Michael and Jeff –and are also the proud grandparents to at least eight grandchildren.

Unlike her husband, Marilyn King has kept a much lower profile. She has appeared next to her husband a handful of times over the course of his political career. That doesn’t mean she isn’t supportive of him. Marilyn appeared in a TV ad for Steve in 2012, when he was seeking re-election. She also appeared in a 2014 video in which she is seen, reading ‘mean tweets’ aimed at her husband.