Cameron Platt is certainly a smart young woman, with studies in Princeton and Oxford Universities, but the 25-year-old’s resolution to marry her 71-year-old mentor is bound to blow a few people’s minds.

According to reports, Platt announced on social media she recently got engaged to her former Princeton professor, Lee Clark Mitchell –who is her senior by 46-years.

Cameron tells the world she first met Mitchell back in 2013, when she took his lecture course on Henry James and William Faulkner –at the time she was a sophomore and felt captivated by his ‘brilliance, sensitivity, and passion’

She also revealed that by the time she graduated, he had become a dear mentor to her. Platt added in the time she was away studying her master, she often though of Mitchell and realized that she felt something more. 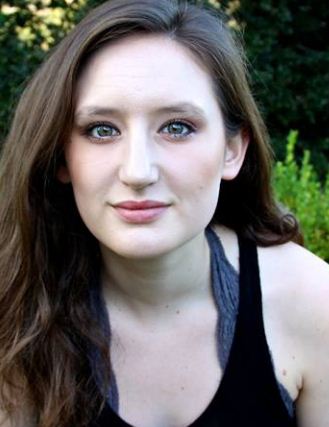 After two years apart, she asked him on a date. Their first date was to the Metropolitan Museum of Art –because where else could you take your 71-year-old potential boyfriend and because why not! She did say Mitchell was a little skeptical of her intentions at first but eventually they both came to terms with their feelings and are set to become husband and wife.

Cameron Platt is originally from Santa Barbara, California. She attended Laguna Blanca School. She holds an English degree from Princeton where she was the 2016 valedictorian. While attending Princeton she was active in the theater illuminati as an actor/director; participating in more than 30 theatrical productions and earning a certificate in theater.

She earned the Shapiro Prize for Academic Excellence in her sophomore year and was the co-winner of the George B. Wood Legacy Junior Prize for exceptional achievement during the junior year.

She then pursued a master’s degree in English and U.S. history as a Rhodes Scholar at the University of Oxford in London.

Lee Clark Mitchell is a lecturer who has chaired the university’s English Department. He is currently on academic sabbatical from Princeton.