Two bodies were found in a home across the street from Newport Harbor High, one of them was identified as former pro hockey player, Darren Partch and the other to belonged to, Wendi Miller.

According to authorities the crime scene is considered a double homicide and not a murder-suicide.

It is not yet clear what kind of relationship Wendi Miller & Darren Partch and police reported it is an active investigation and added they certainly hope to make an arrest.

Though Wendi Miller & Darren Partch had an unknown relationship, they clearly knew each other to certain extent. The home they were found in, belonged to Darren Partch. 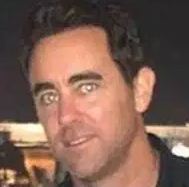 Partch who was originally from California, attended the prestigious hockey-focused boarding school, Banff Hockey Academy in Alberta. He made his way to as a former minor-league hockey player. He would spent 13-years in the league before ending his career in the 2005-06 season while playing with the San Diego Gulls of the ECHL.

He played for the Long Beach Ice Dogs in the 2003-04 season in the same league. Partch led the Ventura Mariners to a junior league championship in 1999, scoring 63 goals with 69 assists, according to the Los Angeles Times.

According to his LinkedIn page, Partch was working as an account executive for Atrinsic, a New York City-based digital marketing company. The 38-year-old also worked for Advanced Financial Services in Irvine. 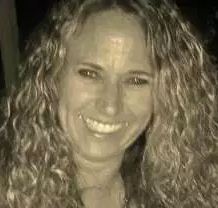 48-year-old Wendi Miller was reported missing by family members on Friday, she was a known figure as the CEO of Wings for Justice –a non-profit that is dedicated to preventing violence against children.

According to the non-profit’s website, Miller was a licensed psychologist in Michigan and in California. During her life, Miller published two books, “Betrayed Vows” and “The Care Point Training Manual for Facilitators of Support Groups.”

She is survived by two children, daughter Cambria and son, Luke Carpenter –who revealed on Facebook his mother had been shot.