According to reports, Dan Marries & Todd Grisham former wife, is actually out as WH press secretary and will return to old gig as first lady Melania Trump’s chief of staff.

Like may in the White House, Stephanie worked on the presidential campaign of Donald Trump.
Stephanie Ann Allen was born July 23, 1976 –the Arizona native, helped set up Trump’s Arizona rallies –he ended up winning the state of Arizona with 49 percent of the vote.
Once in the White House, Grisham was named special adviser for operations. She was then given the position of deputy White House press secretary.
Grisham actually has experience working with other politicians, she is a former spokesperson for the Republicans in the Arizona House of Representatives. She also previously served as the spokesperson for Arizona Attorney General Tom Horne.

Grisham who is active on social media is a single mother of two sons, Kurt and Jake. Kurt, a college student was born from her first marriage to Danny Don Marries; while Jake who is still in his teens, was born from second marriage to Todd Grisham. 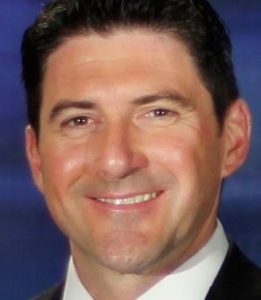 Stephanie and first husband Danny Don Marries, became husband and wife in 1997. The two met as students at Mesa State College. The two divorced in 2004.
Marries who goes by Dan Marries, is an anchor for KOLD-TV in Tucson. He happens to be a well-known fixture on Arizona Television. In 2013, Marries was described by the Arizona Daily Star as “one of Tucson’s most recognizable TV celebrities.”

According to his social media, Dan Marries currently serves as the evening news anchor for KOLD News 13 (CBS) in Tucson, AZ. His television station bio also states he is now married to wife, Jennifer and that he has two other sons, Dean and Preston. He and Jennifer were married in 2010. 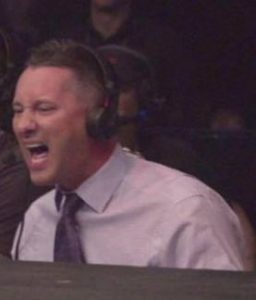 Stephanie then became Mrs. Grisham in 2004, after she and Todd Grisham tied the knot. Todd was born January 9, 1976; the Mississippi native is a well known sports reporter. When the couple met and married he worked at KOLD, they divorced in 2006.

Todd Grisham later worked as a professional wrestling commentator for the WWE and went onto become an announcer for Fox Sports and ESPN -where he served as host for Friday Night Fights as well as a SportsCenter anchor. He parted ways with ESPN in 2016 and is currently employed by the UFC.

Todd Grisham also seems to have moved on, according to his social media, he is the father of three young daughters.