The news about Mrs. Grisham leaving her job came out on Tuesday, she will go back to her former post as Melania Trump’s chief of staff.

Mrs. McEnany was born in Tampa, Florida on April 18, 1988; she is the daughter of Leanne McEnany and Michael Enany, the owner of a commercial roofing business. She attended the Academy of the Holy Names, before earning her Bachelor of Science in Foreign Service in International Politics from Georgetown University.

Kayleigh also attended St Edmund Hall, The University of Miami; subsequently, she transferred to Harvard University where he graduated in May 2017.

She started her career as an intern for Adam Putnam, George W. Bush, and Tom Gallagher; later joined Fox News as a producer for Mike Huckabees.

Mrs. McEnany also worked for CNN and was the host for Real News Update.

Sean Gilmartin is no stranger to the spotlight, after all, he is a pitcher for the Tampa Bay Rays. Gilmartin born in Moorpark, Cali on May 8, 1990,  is the son od JoAnna and Dr. Paul J. Gilmartin.

Sean has just graduated from Crespi Carmelite High School when the San Diego Padres selected him during the 2008 MLB Draft, however, he decided to pass on that opportunity and go to college instead.

Sean received a baseball scholarship from Florida State, where he pursued a major in sports management.

The Atlanta Braves drafted him in the first round (28th overall) in the 2011 MLB Draft. He played for minor league teams such as the Gulf Coast League Braves, Mississippi Braves, Rome Braves and the Gwinnett Braves before the Braves traded him to the Twins during the 2013 season.

Once again Gilmartin didn’t play with the big guys but pitched for the Rochester Red Wings and the New Britain Rock Cats.

His big shot came in 2014 when the New York Mets selected him in the Rule 5 draft; finally made his grand debut against his former team, the Atlanta Braves on April 10, 2015.

He signed a minor league contract with the Baltimore Orioles on July 12, 2018, and a similar deal with the Tampa Bay Rays on February 8, 2020. 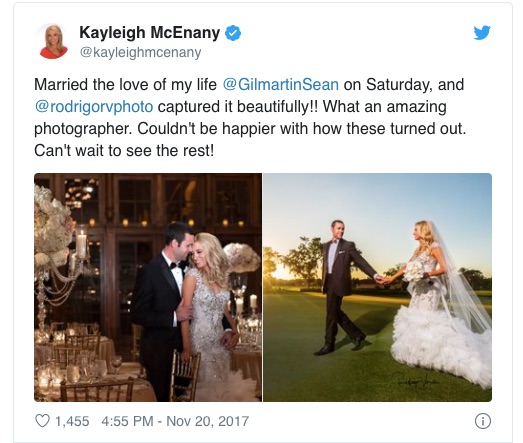 Sean Gilmartin and Kayleigh tied the knot on November 18, 2017. They have since welcomed one beautiful girl, Blake Avery born in November 2019. 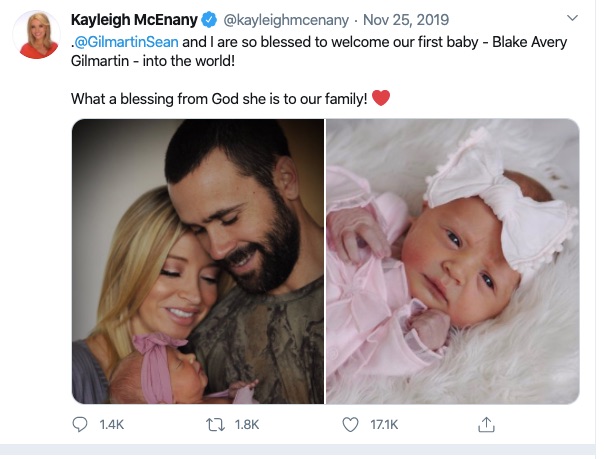