Lola Price who until recently worked as a manager for famous coffee shop chain, Starbucks -says she was wrongfully fired and blamed over a cup scandal.

Lola lost her job as a manager of an Oklahoma Starbucks -where a police officer received an order labeled with an insult -and according to Price the coffee chain was “looking for someone to take the blame” -and they used her as their scapegoat.

The unpleasant incident took place at the Glenpool location on Thanksgiving day, where not one but five cups with the word “PIG” printed on them were handed to a police officer.
Price reveals that she tried to make the situation right with the officer before he left the store and claims the officer was ‘cool’ about it.
However, sometime later another officer wrote about it on Facebook and the post went viral prompting Starbucks to find someone to blame. As a result, Price and another employee were fired. 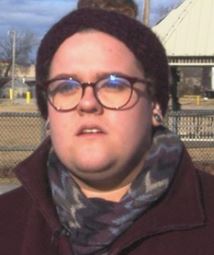 Price says she received a call on Thursday evening informing her that she was being fired. Since then, Lola Price has been vocal about the incident telling media outlets that, she wasn’t the one who wrote the insult on five coffees ordered by a local officer. And added that it was done, by one of the baristas.