Varunie Vongsvirates was once the romantic partner of Hollywood star, Owen Wilson. She came under the spotlight for her association to Wilson as the two dated for a few years. Fast forward to present times and the two can’t seem to get along.

Varunie and Wilson who dated for years welcomed a daughter Lyla in 2018 -however according to reports Wilson intermediately severed ties with Varunie upon learning she was pregnant and has refused to meet his little daughter.

Varunie hinted that she and Owen were expecting after she posted a photo of them attending the premiere for his 2017 film Father Figures together. She captioned the snapshot with the hashtag #fatherfigure.

Since then, the former lovers have been feuding with Vongsvirates filing a paternity petition on May 30, 2018, before she gave birth to the little girl; while the actor demanded a DNA test. The DNA test showed Wilson was indeed the father; still, he refused to be a part of his child’s life. 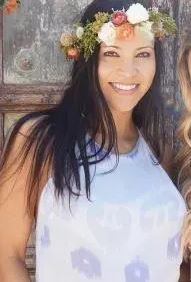 The two eventually reached a settlement over child support. Wilson was ordered to pay his baby mama $25,000 a month in child support plus a one-time $70,000 payment for the 1-year old. Vongsvirates, meanwhile, filed for sole custody of Lyla.

Wilson is already a father of two children from previous relationships. He welcomed his first son, Robert Ford Wilson in 2011 -with then girlfriend Jade Duell. In 2014, son Finn Lindqvist Wilson was born -from his relationship with Caroline Lindqvist.

35-year-old Varunie Vongsvirates worked as a Business Development Representative. According to her LinkedIn, she works for American Addiction Centers in Los Angeles.
The brunette holds a Bachelor of Arts (B.A.) from the University of Carolina, San Diego.
The single mom of one, recently told the Daily Mail, that Owen had never met his youngest daughter Lyla. According to multiple reports she has begged the 51-year-old actor to get involved in their one-year-old daughter’s life.