Lukasz Koczocik is being hailed a hero following his actions during Friday’s London Bridge attack.

Lukasz’s story and incredible acts of heroism as a members of the public has emerged for the first time since Friday’s attack in which attacker Usman Khan -left two dead and several injured.

People were trying to keep the door closed and Khan was swinging knives at them, it was reported.

Lukasz Koczocik, a worker at the venue had been cleaning glasses in the basement and heard the screams, like others, he immediately ran to help.
Mr Koczocik armed himself with a long stick and “charges towards the bad guy” -he chased down the London Bridge attacker with a seven foot-long gladiatorial pike. 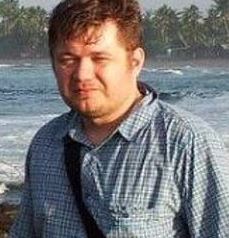 While others armed with a fire extinguisher and another with a narwhal tusk that he had ripped from the wall -joined in the fight to stop Khan. Koczocik led the pursuit and others chased the assailant along London Bridge, and with his actions he essentially bought time in order for authorities to arrive thus he allowed other potential victims to escape and ultimately saved countless lives.
Lukasz managed to strike Khan in the chest, where it bounced off his fake suicide vest. However, during the brawl, Lukasz Koczocik was also injured as he sustained five stab wounds to his left arm.

Toby Williamson, chief executive of the conference venue -described Lukasz Koczocik as one of the most humble people you would know.

Lukasz Koczocik who is in his early thirties; coincidentally works at Fishmongers’ Hall -where the attack began and where Cambridge University was hosting a prison rehabilitation conference Friday.
He is also a trained first aider. Reports say he will be celebrating his birthday with his partner at home as he recovers from his wounds.

For his heroism, he will be getting an honor for bravery in his native Poland.