The couple’s 10-year-old daughter has been skateboarding since she was a toddler and is the world’s youngest professional skateboarder. YouTube videos of her have amassed hundreds of thousands of views.

Stuart & Mieko welcomed their daughter on July 12, 2008 in Miyazaki, Japan. They are also parents to Sky’s younger brother, Ocean who also skates. 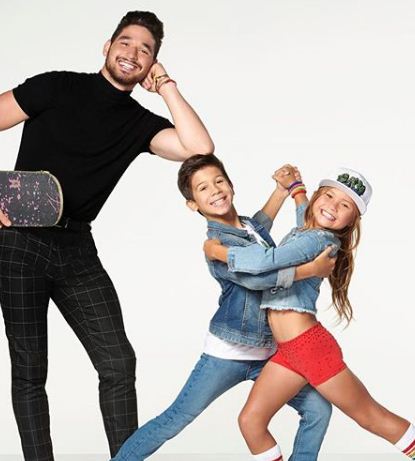 In 2016, Sky became the youngest competitor in the prestigious Vans United States Open Pro Series, where she competed against women twice her height. She has really become an inspiration to younger girls with her attitude of doing the same things that ‘boys do.’

Sky is looking to compete in the 2020 Tokyo Olympics but in the meantime, she is competing on Dancing With The Stars Juniors. She is currently paired up with JT Church and they are being mentored by Alan Bersten.

Sky’s mom, Mieko is Japanese while her father, Stuart Brown –is British. Stuart who goes by Stu, is a surfer and also skates. He said during an interview about his talented daughter “You have a little girl and you want to wrap her in cotton wool. But it was the one toy she kept going back to.”

It was Stu Brown who used to take his little girl with him surfing and eventually she loved it. He admits during interview, he initially tried to steer his daredevil daughter away from the sport but it was too late. Brown has also worked as a personal trainer.