Jonathan’s younger brother made a name for himself as an all-American football player while attending the University of Florida and later as a tight end for the New England Patriots –playing three productive seasons with the team.

Aaron Hernandez took his own life at age 27 in 2017 while serving a life sentence for the 2013 killing of Odin Lloyd.

According to a report given by Jonathan Hernandez to the Boston Globe, his younger brother was sexually abused as a child. He also said growing up, both brothers were regularly beaten by their father –who was known as the king in their town of Bristol.

Jonathan Hernandez’s story was also confirmed by a lawyer for Aaron who remembers discussing with his former client about being sexually abused as a child. The identity of the abuser is still a mystery since neither the lawyer nor Jonathan Hernandez would provide the name. 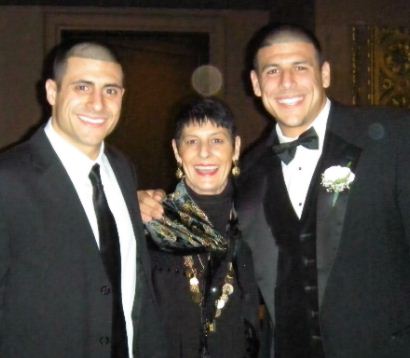 According to the publication, Jonathan’s brother was also involved in a sexual relationship with Dennis SanSoucie, throughout high school and middle school. SanSoucie is a former teammate with whom he did *********.

32-year-old Jonathan Hernandez was born on May 18, 1986 as Dennis Jonathan Jr. –named after father, Dennis Hernandez. Both Jonathan –also known as D.J. –and Aaron Hernandez were raised by parents Dennis and his wife, Terri Valentine-Hernandez. 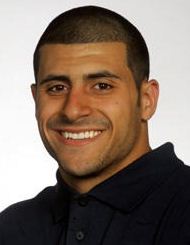 Both brothers lived in fear for their father’s beatings who according to Jonathan came sometimes for no reason at all. He also remembers his father calling Aaron ‘f***t’ in fear of the boy being gay. Their father, was a former college football player and often disciplined him with his fist if he thought the boys were not working hard enough in school or at football. Dennis Sr. died in 2006 and Aaron did not shed a tear according to Jonathan.

The older brother says is thanks to therapy that has been able to come to terms with his father’s abuse.

Jonathan Hernandez is the 2003 Gatorade Connecticut Football Player of the Year while competing at Bristol Central.

He went onto attend UConn where he played as a quarterback and earned his bachelor’s degree in human development and family studies. In 2017 he was hired as head football coach at Ledyard High School, however it was reported earlier this year he resigned from the role after one season.

He’s also coached at Southington, and was a collegiate assistant at Brown, Miami and Iowa. Jonathan is also the author of ‘The Truth About Aaron Hernandez’