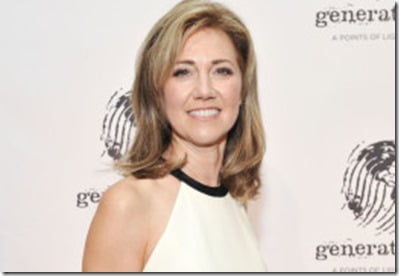 To tell you the truth about this story, it wouldn’t be weird at all if this highly recognized power couple would head for a split! I mean Silda or Mrs. Wall Spitzer might be 55 years old but she is still alive and looking actually very nicely; just one of those elegant rich ladies, and don’t get me started on her fashion sense; I mean with her lifestyle who could go wrong!

So, unless we start seeing “call girl” Ashley Dupree in the picture again, might as well still call her Mrs. Spitzer. Don’t remember Ashley Dupree?? Well let me refresh your memory; Dupree was the girl on call working for a high-priced prostitution service called Emperors Club VIP; place which was patronized by Wall Spitzer’s hubby, former NYC governor Eliot Spitzer. Now, this is why it would be weird to split now! If five years ago Silda stood by her husband public *** scandal following his resignation two days later the news broke out, why would they call it quits now?? 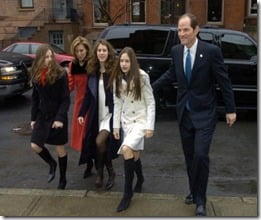 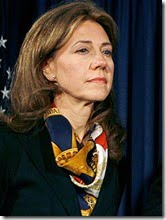 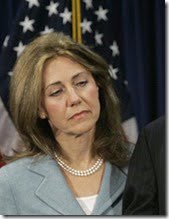 Well maybe because it’s been reported the couple is been living apart! The reasons are not exactly clear but Eliot’s spokeswoman assured the 25 year old marriage is still “a couple” And the reason why Silda has been living about 20 blocks away from 53 year old Eliot its because he is actually living at his father’s Building and is spending more time with his ill parents.

Silda who was born Silda Alice Wall on December 30, 1957 in Chapel Hill, north Carolina has been a successful lawyer who turned her focus  to working with non-profit organizations. She graduated from Meredith College following her degree as Juris Doctor from Harvard Law School in 1984. The couple married October 17, 1987 and have three daughters together; Elyssa, 23, Sarabeth, 20, and Jenna, 18.

After the downfall as the former First Lady of New York, Silda Wall does not tell people her name meas “Teutonic war maiden” anymore; she was raised as a southern Baptist and held her head high, making her very first appearance at a midtown benefit for the Children for Children foundation she founded; back in 2008. Definitely a strong woman… So do you think she deserves better??