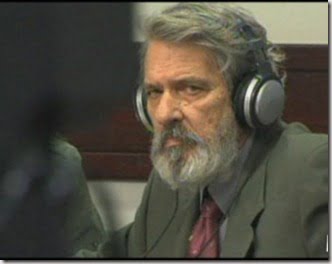 70-year-old Lt. Col. Ralph Wald, accused of shooting dead a young actor after caught having *** with his wife, was found not guilty. He was charged with second-degree murder in the March 10 slaying of 32-year-old Walter Conley.

Prosecutors said Wald heard his wife and Conley having *** in the living room of their house, grabbed his gun and shot Conley three times. But Wald said he did it in self defense, because he thought his wife, 41-year-old Johnna Lynn Flores, was being raped. Wald was found not guilty Thursday. He said he has no regrets of what he did.

“If the same thing happened again, I would do the same thing,” Wald said. “I didn’t think I did anything wrong… I had a problem, I found someone raping my wife. I took care of it. I got a gun and I shot him. And I’m not trying to hide that from anybody. I said it to the 911, I said it to the two police detectives….I’ve been telling the truth.”

Wald’s wife Johnna Lynn Flores told reporters he has forgiven her and the two plan to celebrate his acquittal.

“My husband forgives me 100 percent. But there are of course, trust issues, that’s something we’re gonna go to counseling about, which we should have done prior to getting married, but, uh, we’re gonna work through it, I wouldn’t give that man up for the world,” she said.