According to media, extremely graphic photos of Chris Dormer’s corpse have been revealed to them, the unidentified buyer will sell them to the best buyer, or are those already being distributed in the internet? 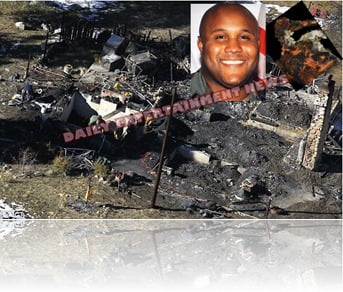 TMZ the pioneers in this shocking news reported they have seen the photos of Chris Dormer’s dead body, the photos which they described as “extremely gruesome” were shown to their at the TMZ’s doorsteps, however they didn’t shopped for the graphic pics. TMZ did however gave a  detailed description of what you can expect to see left of Chris Dormer.

“The body is missing several limbs … including an arm and parts of a leg … and his midsection is charred from the fire that consumed the cabin during the Feb. 12 shoot-out.

Despite the intense blaze, several body parts remained intact  … including his eyeballs, chest area and *****.”

I wouldn’t be surprise to see gore pics in the web very soon, the sellers are on the hunt for a buyer, so I wonder would you like to see those or would you pass on that one?