Elizabeth Deering was once married to Hollywood actor, Seymour Cassel –who passed away April 7th at age 84.

Born Seymour Joseph Cassel on January 22, 1935; the Detroit, Michigan native began his career in productions by fellow-actor John Cassavetes. Cassel became known to audiences for his role in the 1998 film, Rushmore. He was a veteran of dozens of independent films, appearing in multiple roles.

His early TV credits included “Twelve O’Clock High,” “Combat!” “The F.B.I.” and “Batman” in the episode “A Piece of the Action.”

In 1968, he was nominated for an Academy Award for Best Supporting Actor for his role in Faces. Other collaborations with Cassavetes included the co-lead with Gena Rowlands in “Minnie and Moskowitz” “The Killing of a Chinese Bookie,” and “Love Streams.” 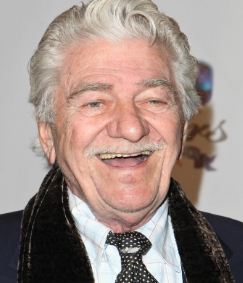 In addition to Cassavetes, he was also often casted by Wes Anderson –appearing in “The Royal Tenenbaums” and “The Life Aquatic with Steve Zissou.”

During his lifetime, he was married only once, to Elizabeth Deering. Also an actor, Elizabeth and Cassel were married for 20-years before divorcing in 1983; and together produced two children, Matthew Cassel and Dilyn Cassel Murphy. Cassel is also survived by another daughter, Lisa Papciak – along with seven grandchildren and three great-grandchildren.

Not many details are known about the actor’s former wife. Deering who was also a performer however to a lesser degree than her famous ex-husband –was known for projects such as Faces, Minnie and Moskowitz, A Woman Under the Influence and The Killing of a Chinese Bookie. All four movies also starred, Seymour Cassel.

The two had tied the knot in 1964 and by the time they filmed A Woman Under the Influence in 1974–the couple’s son Matthew had been born and made an appearance in the film as well.

Their marriage suffered frictions during the early 80’s following Cassel’s imprisonment for conspiracy to sell cocaine.