Lolita Hand is the lovely wife of politician, Ryan Zinke –who currently serves as the country’s Secretary of the Interior.

Lolita’s husband was appointed to the top post by president Trump in 2017. Born November 1, 1961; the Bozeman, Montana native previously represented Montana in the U.S. House of Representatives, having assumed office in 2015. He is also a former member of the Montana Senate, and from 1986 to 2008, he served in the United States Navy.

Zinke has been happily married to wife Lolita for years, the couple share three children together; daughter Jennifer and sons, Wolfgang and Konrad. But Ryan Zinke isn’t the only with Trump ties. His wife Lola, best known as Lolita –also had a role in the Trump campaign. She served as a member of the campaign’s Hispanic and women’s outreach committee. 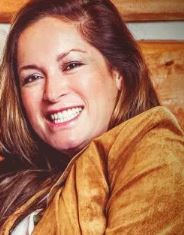 She was born Lolita Hand to Hispanic parents, Frederick Hand and Consuelo Castro Hand and was raised in Santa Barbara. She graduated from the University of California, Santa Barbara and then from the California Western School of Law.

She made headlines after identifying herself as a Hispanic voting for Trump. Prior to the 2016 elections, she also penned an op-ed for the conservative news website Breitbart –addressing why she, a Hispanic woman, is proud to be a Trump supporter. She also adds that it was her who convinced her hubby to support Trump. Following Trump’s win, Lolita Zinke was given a job on President-elect Trump’s Veterans Administration Landing Team.

Both of her sons are in college while the couple’s daughter, Jennifer graduated first in her class from the U.S. Navy Diving School, and she is married to an active duty Navy SEAL.