Roland Mary is the man who is currently married to drop dead gorgeous Nicole Poturalski, a German model best known these days as the current girlfriend of Hollywood star, Brad Pitt.

Roland’s wife was identified as the current leading lady in Pitt’s life last week, but they have known each other since August 2019 and were also spotted at a Kanye concert in Los Angeles, three months later.

Brad apparently met the stunner last August when he was doing a press tour for Once Upon a Time in Hollywood. However, Nicole Poturalski is actually taken, the 27-year-old is currently a married woman.

She and hubby, Roland Mary have been married for a while, eight years to be exact and not only that, Mary who is her senior by a few decades, is also the father of her son, Emil who is seven.

Gossip sites are saying Mary and Poturalski are still together and that the eight year married couple has an open relationship. Oh, boy, sure seems like Brad likes complicated gals. To make matters a little weirer, Brad apparently met her at one of Mary’s restaurants in Germany. In fact, Brad has known Roland Mary for at least a decade.

So who extacly is Roland Mary anyway? The 68-year-old is a prominent German businessman and restaurateur. He is the owner of the historic Borchardt restaurant in Berlin. The iconic eatery has become a landmark in Berlin’s show business scene. 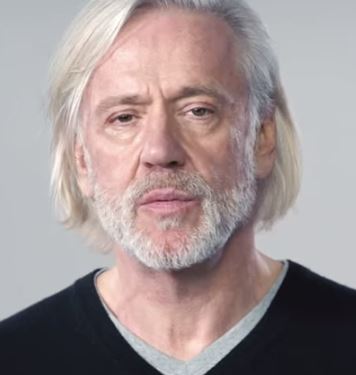 The café and restaurant, which dates back to 1853 is popular with statesmen and celebrities who visit the German capital. Celebrities and personalities that have dinned at Borchardt include Angela Merkel, Natalie Portman, Madonna, George Clooney, Barack Obama and Quentin Tarantino.

Roland Mary is described as the philosophical type, little is known about his private matters as he is mainly associated to Berlyn’s gastronomy. Two of his other restaurants include, Cafè Am Neuen See and Grosz -which ultimately had to close down due to neighbors complaints.

During an interview for Uniqlo, Roland Mary said that before a celebrity comes to Borchardt, he would personally make sure to see that everything is up to the standard and reminisced about his mother’s fantastic cooking. During that same interview he talked about his beginnings saying before becoming a restaurateur, he also worked as an optics technician and in auto mechanics. It was later that he discovered gastronomy was the right path.

Mary has been married three times previously, making Nicole his current and fourth wife. He is also the father of five children in total, from his previous relationships.
According to sources Roland Mary is not ‘interested in negativity or jealousy’ and keeps an open relationship with his much younger wife.