Mrs. Ledward and her actor, director, writer, producer and brave husband started dating since April 2018. The couple kept it very low key, however, they have been pictured in public attending basketball games and hitting the town.

Taylor’s beau has had an amazing year as Black Panther became one of the highest-grossing films of all time. Born November 29, 1977; the South Carolina native is the son of Leroy and Carolyn Boseman, a businessman and a nurse.

After graduating from Howard University, he made early television appearances in episodes of Third Watch, Law & Order, and CSI: New York. Prior to starring as Black Panther in the Marvel film franchise surrounding the character, including 2018’s Black Panther –he was known for his portrayals of R&B singer James Brown in the 2014 film Get On Up and as baseball player Jackie Robinson in the movie 42.

Chadwick Boseman lost his battle to colon cancer at the age of 43, on August 28, 2020. He was initially diagnosed with stage III colon cancer in 2016.

“He died in his home, with his wife and family by his side,” the statement said. “The family thanks you for your love and prayers, and asks that you continue to respect their privacy during this difficult time.”

“A true fighter, Chadwick persevered through it all, and brought you many of the films you have come to love so much,” his family said in the statement. “From Marshall to Da 5 Bloods, August Wilson’s Ma Rainey’s Black Bottom and several more- all were filmed during and between countless surgeries and chemotherapy. It was the honor of his career to bring King T’Challa to life in Black Panther.” 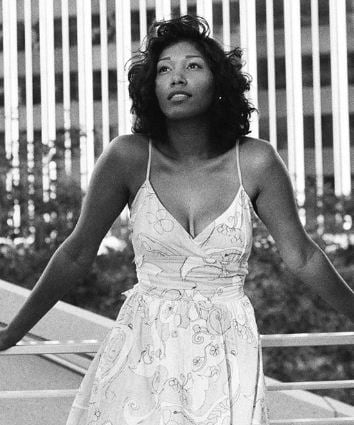 Boseman has been very private about his personal life and has kept quiet about relationships in the past. In 2018, however, he remained mysteriously close to the singer, Taylor Simone Ledward.

Taylor is a 30-year-old singer born, August 31, 1990. The pop singer has gained significant attention since it became apparent she and Boseman had a thing. She and the actor walked the red carpet of the 90th Academy Awards; and went to the NBA All-Star Game in Los Angeles.

According to In Touch, it was Taylor’s grandmother who spilled the beans saying the couple is very happy. Some reports even say they go as far back as 2015, meaning the two have been dating for years.

Taylor Simone studied music at Cal Poly; she also has an associate’s degree in Sociology and a Bachelors’s in Music Industry Studies. The stunner is currently based in New York.

Taylor Simone and Chadwick announced their engagement in October 2019; according to media, he popped the question in Malibu that same month. It is unknown when and where they tied the knot, but family sources revealed they tied the knot secretly months before his death.