Luke Courtier has been identified as the newest police officer to be directly involved in the shooting of a young African-american man.

Officer Courtier is said to have opened fire multiple times against 29-year-old Jacob Blake, nearly taking his life. Courtier allegedly fired at least seven shots from close range into the back of Blake, as he attempted to enter his vehicle.
A video of the shooting has gone viral on social media. As expected, the footage has sparked outrage with hundreds taking to the streets to protest one more against police brutality. Users are currently demanding Luke Courtier’s arrest on social media.

In the video Courtier can be seen following Jacob Blake to his car before shooting him multiple times. Blake was unarmed at the time of the shooting. The incident took place in Kenosha WI.; over the weekend. 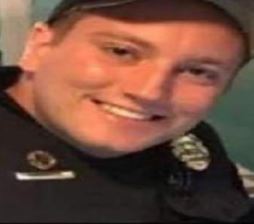 The details of the incident get worse by the minute, according to sources, at the time of the shooting, Blake’s three young sons were inside his car.

As of Monday, Blake is said to be in the intensive-care unit, after going trough surgery. Details about Blake include a criminal past and an arrest warrant.

Luke Courtier is an officer at the Kenosha Police Department. He was apparently responding to a domestic violence incident, when the shooting took place.

According to reports, Luke Courtier stated his feelings about a previous fatal shooting in which another black man was shot and ultimately died at the hands of a police officer.
Back in 2014, Dontre Hamilton was shot and killed by a Milwaukee police officer. At the time, Courtier shared a link of the news and wrote on social media about the incident:

“Really?? This is pathetic. It was a good shoot, get over it already”

Luke Courtier who goes by Luke Reitruoc on social media, is in addition, a resource officer (SRO), at Washington Middle School.