Robyn-Lee Jansen is a stunning model from Canada who suffered second-degree burns over about 25% of her body during a Vancouver photo shoot.

The blonde is now sharing her story in hopes to raise awareness for others in this industry on taking extra precautions when considering accepting risky jobs.

The 22-year-old says she arrived at a photo shoot on June 13th after responding to a photographer’s freelance modeling job. Jansen says that when it came time to add fire to the shoot, things became chaotic. “Before I could even ask what he wanted to try, or any sort of explanation, he squirted a bottle of liquid paraffin oil while standing closer to me. The next thing I knew, I was up in flames.”

She dropped to the ground to extinguish the flames and was rushed to the ER where she learned she had 2nd degree burns over 25% of her legs and 1st degree burns over other areas of her body.
Jansen who is planning to sue the photographer said after the incident she didn’t see a fire extinguisher, let alone a first aid kit. 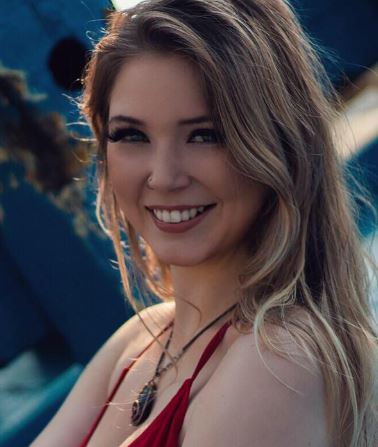 The photographer didn’t even phone 911 but instead drove her to the hospital, making her wait in pain as he packed his gear. He even told her on the way to the hospital she could say an accident had happened involving a barbecue.
She then spent several days at Vancouver General Hospital recovering from her burns. Jansen says that some of her procedures were the most painful things she had experienced in her life.
The model has since set up a GoFundMe fundraising page for people who wish to assist her financially in her recovery. As of now she has reached over $9K from the initial $5,000 goal .

Following the horrific experience she now warns other models “I honestly thought this would be an awesome concept. The photographer assured me it was safe, and had been vetted by other models. Don’t trust other people’s words when going into a risky shoot. Demand that there be safety procedures in place.
“And if the photographer can’t guarantee or provide them. Then just don’t do it. It’s not worth your time and safety.”

Robyn-Lee Jansen is an international student who works as a part-time freelance model. She describes herself on Instagram as an model and influencer and has over 90k followers. Her family is based in Malaysia and from her social media is believed she is in a relationship with Marco Lapena.