Tristan Wilds, also known as Mack Wilds is an actor and recording artist whom you probably recognize from his TV work on HBO, The Wire.

Is not a good day to be Tristan Wilds who according to recent reports, has been arrested for driving with a suspended license. The 29-year-old was pulled over on E. Houston St. near Avenue D in Alphabet City for driving a jeep with excessively tinted windows about 12:45 a.m., cops said. He was taken into custody when cops ran his license and learned it was suspended.

Wilds, a Grammy nominee is widely known for his role as Dixon Wilson on the teen drama 90210 alongside Rob Estes. Wilds also played the role of Michael Lee on the drama The Wire. He grew up in Staten Island, New York with parents Monique and Paul and started acting at age seven and has appeared on an episode of the television series Cold Case. Most recently he appeared as DeeVee in The Breaks, a VH1 series set. 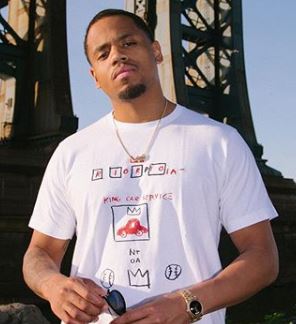 In addition to his acting, Tristan Paul Mack Wilds became simply Mack Wilds in 2010 when he began moonlighting as an R&B artist. The Staten Island native signed a recording deal with the Ten2One label in 2010. In 2011, his track “2 Girlz” landed on an episode of 90210, and his debut EP, Remember Remember, appeared before the end of the year.
Wilds released his first album, New York: A Love Story, in 2013. For his second album, AfterHours which was released in 2017, he went independent.
As for who is he currently dating, Mack has been pretty private when it comes to that department. He was romantically linked to singer Sevyn Streeter a few years ago; the two have collaborated in a number of music videos. Howerver the two have stated they are great friends. So, it seems at least for now, Mack is currently a single man.