Silvana Gallardo was married for many years to actor, Billy Drago -who recently passed in Los Angeles according to his rep. He was 73.

Silvana an actress and teacher herself, preceded him in death in 2012. At the time of her passing they had been married for 32-years.
Her husband often played harming but chilling gangster roles and appeared in Brian De Palma’s The Untouchables and Clint Eastwood’s Pale Rider. An official cause of death for Drago has not been announced, but Variety reports Drago died from complications stemming from a stroke.

Drago was born July 18, 1946 in Hugoton, Kansas. He began his career in Kansas radio, first as an Associated Press journalist, then as host of his own highly-rated program.

Drago appeared in over 100 films, but is perhaps best known for the classic 1987 film “The Untouchables,” in which he played Frank Nitti.
A versatile character actor whose career spanned four decades, Drago worked with Clint Eastwood, Michael Jackson, Chuck Norris and Takashi Miike, among others.
He had roles in three Chuck Norris films including Invasion U.S.A., Hero and the Terror and Delta Force 2: The Colombian Connection as drug lord Ramon Cota. He also appeared in genre films Vamp, Dark Moon Rising, Zombie Hunters, The Ritual, Children of the Corn: Genesis, The Hills Have Eyes (2006), Tremors 4: The Legend Begins, and even Takashi Miike’s “Masters of Horror” episode Imprint.

Other TV credits include,“The X-Files”, “Monsters”, as well as “Friday the 13th: The Series”. 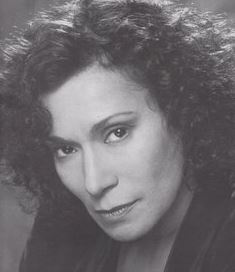 Silvana Gallardo and Billy worked on many projects together. She was mostly active in television. She went onto appear in Babylon 5, Hill Street Blues, Falcon Crest, NYPD Blue, The Golden Girls and Days of Our Lives. Her film credits include Calendar Girl Murders, Silence of the Heart, Copacabana, The Windwalker, Death Wish II, Out of the Dark and Solar Crisis.
Silvana also known as a an acting coach and writer; taught and coached some of Hollywood’s biggest stars, including Angelina Jolie, Keanu Reeves, Billy Drago and Peta Wilson.

She died at Jewish Hospital in Louisville, Kentucky -where she and Billy Drago had been living.

Drago is survived by two sons, Derrick and Darren E. Burrows, who is also an actor who has appeared on TV shows including “Northern Exposure.” Silvana was the stepmother of actor Darren E. Burrows.