Richard Ernest Weber Jr. has been named as the man who died of COVID-19 -right after he stated he was feeling better.

Richard Ernest Weber Jr. -was a Manhattan-based lawyer who first presented symptoms on March 10. Jut two days before his death, Richard wrote in an email that he had tested positive and was hospitalized, but doing better. He was 57-years-old.

Richard Ernest Weber Jr. was a partner at Gallo Vitucci Klar LLP. The firm issued a statement saying “Everyone at Gallo Vitucci Klar LLP is heartbroken and devastated by the loss of Richard, he was a wonderful attorney and shining light at our firm. Our thoughts right now are with his family.”
The firm also said that no one else has tested positive for the virus. 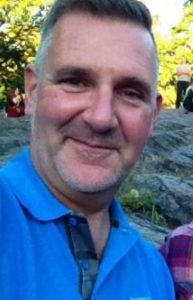 Richard E. Weber Jr. attended Wake Forest University, where he obtained a BA in political science in 1984. Two years later he earned his Master from Drew University. He gained in JD in 1991 from Seton Hall Law School.

According to his LinkedIn, he was admitted to the New Jersey bar in 1991 and to the New York bar in 1992.
After law school, Richard served as a law clerk to the Honorable Alexander J. Menza, J.S.C., of the Superior Court of New Jersey, Union County.
Prior to Gallo Vitucci Klar LLP.; he practiced at Lester Schwab Katz & Dwyer, where he handled toxic tort defense, including asbestos litigation, liquor liability claims, and declaratory judgment coverage actions.
At Gallo Vitucci Klar LLP.; Richard Ernest Weber Jr. focused his practice on general liability defense, premises liability, defense of false arrest/wrongful detention claims, transportation defense, handling of fraud/SIU, and no-fault/PIP defense.

In addition, he was board member of the LGBT Bar Association of New York, or LeGal.

Richard Ernest Weber Jr. was described by colleagues as a ‘wonderful human being with a real dedication to giving back to others’